Music: Johnny Ena “No One” || Orodeonlineng 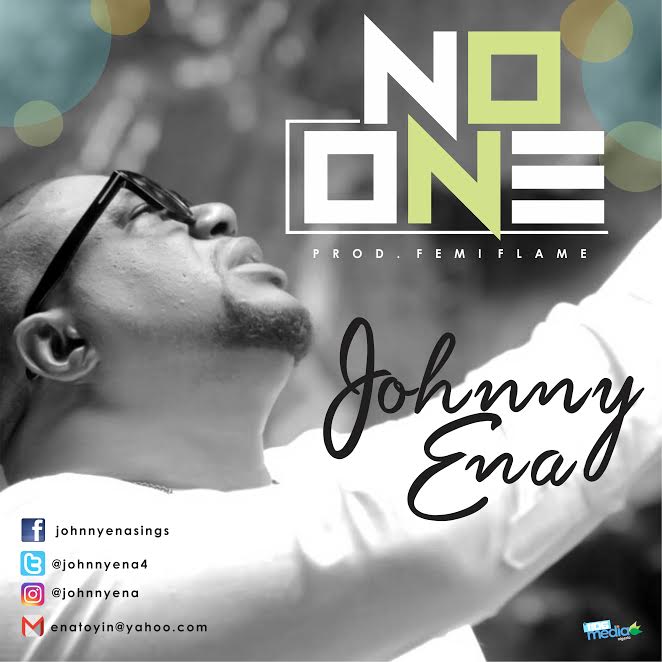 Music minister Johnny Ena, has put out another powerful single. This one is titled No One. It was produced by Femi Flame and mixed and mastered by seasoned music maker, VC Perez.

In 2014, Johnny Ena debuted as a solo artiste, after years off the music grid with the single “You Reign Over All”. He strengthened his comeback in 2015 with the release of “Ikwesire Kwesi” and “Oghene Doh” featuring anointed Gospel music minister Onos in the first quarter of 2016. These songs are critically acclaimed and have enjoyed great reviews online and rotation on radio, as a matter of fact; “Oghene Doh” was described as ‘the best collaborative effort of the year yet.

Johnny Ena’s music combines anointing with vocal prowess. It is rhythmic, easy to sing-along, thus, making it to the worship leaders’ list. He stands out in his own class and his fast becoming a force to reckon with in the Gospel music arena.

Johnny has revealed that he has more singles due for release this year with great collaborations with the veterans of Gospel music. Also, the video for some of his singles, including “You Reign Over All” is also in the works and due for release soon.  He also hinted about his album.

Within the shores of Nigeria, he has ministered at the Church of God Mission, Church of Life, and many more. Outside the shores, Johnny has enjoyed the priviledge of ministering in the UK, US and Ireland.

This May, he is set to embark on a Europe tour where he will minister at different locations performing his released works and never-heard-before singles off the upcoming album.

Johnny Ena is happily married with 3 children. When he is not ministering through music, he is handling his thriving Real Estate business.