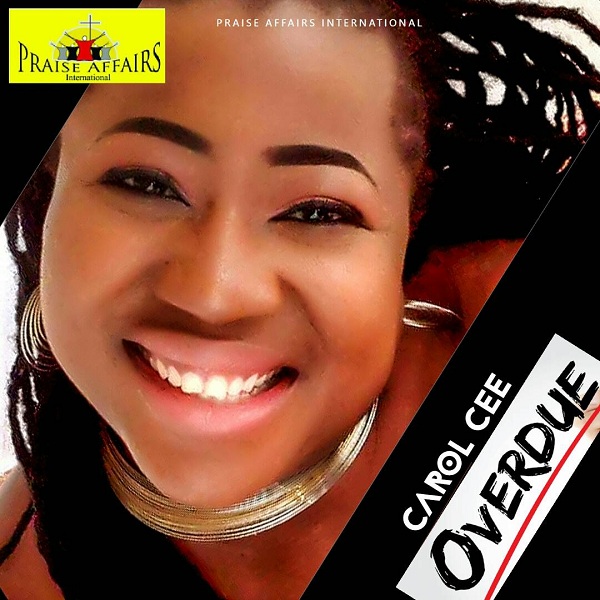 What is it that you have been waiting for, hoping for, praying for? Carol Cee has come with this prophetic song to declare and assure that you are OVERDUE! Today is your day! Step into it in Jesus name. Amen!

Blessed with diverse talents, a song writer, composer, voice over artiste, video editor and Nollywood actress; CAROL CEE – one of Nigeria’s Gospel finest worshiper, Was born in Benin city, Edo state, Nigeria as the second and only girl of four children to Rev and Rev. Mrs. Peter .O. Ejemurua. Her music talent started exhibiting at a tender age of 4, sang in several choirs and groups and is still keeping the race as a minister of the gospel.

She hit lime light as an actress in 2005 after she starred in Emem Isong’s block buster movie titled Ekaette where she played the lead role. Others are Cross and Tinapa, The King’s Son, Bloodstain in Bokondo, Unfinished Business alongside Patience Ozokwor, Desmond Elliot, Genevieve Nnaji among others.

Carol Cee has made a conscious effort to protect her passion for music she is actually behind a lot of great on air commercials in Nigeria. She has shared the stage and vocal boot with music heavyweights home and abroad, like Lionel Paterson, Alvin Slaughter, Panam Percy Paul, Sammy Okposo, Lara George, Asu Ekiye, Lester Lewis, Martha Munizzi, Orits Wiliki, Buchi, Righteousman among others.

Recently, after nearly 2 decades of serving as a music director/worship leader, Carol Cee headlined her first concert tagged THE FELLOWSHIP with Carol Cee and friends featuring gospel music legends like Buchi, Segun Obe, Mike Abdul, Righteousman amongst others. She premeired the prophectic anthem Overdue at the concert.

Carol cee is signed under Praise Affairs International under the watchful eyes of Gospel Reggae Powerhouse, Righteousman. With the release of ‘’Awesome’’, This is sure one awesome experience that the gospel world has been waiting for. Carol Cee is happily married to Righteousman, And they are blessed with wonderful children.