Music: You Deserve It All – Laydee Ruth [@LaydeeRuth] 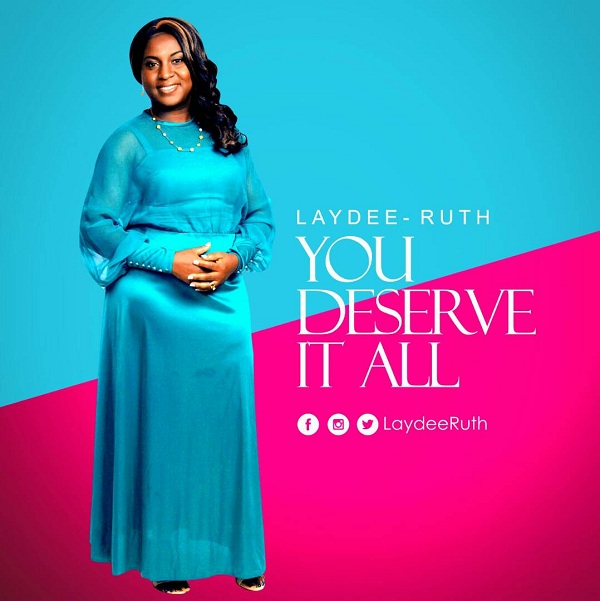 New released single from Nigerian born American based, Int’l praise and worship leader, Laydee Ruth titled “You Deserve It All.”

You Deserve It All is a worship song that is set to bless your soul. It talks about giving the glory to God because he deserves it all.

The song “You Deserve It All” was produced by Niyi-P

She is a Nigerian born American based, Int’l praise and worship leader. Her first single “Son of the Living God” which was released early this year 2017. She’s earned her respect among the gospel music community, and her second single How Great is our God produced by the prominent producer Niyi-P touching and blessing lives.