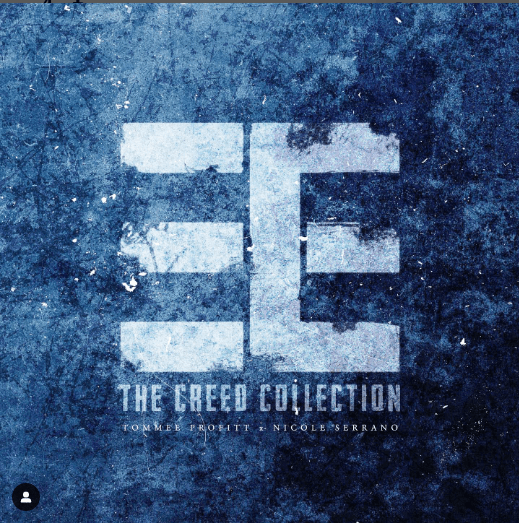 Multi-Dove Award-winning producer and composer Tommee Profitt has partnered up with Nicole Serrano to release his latest EP titled “The Creed Collection,” a project made up of cinematic covers of hit songs made by the popular rock band Creed. The four-track EP is available now. The first single of the collection “With Arms Wide Open”, was released last year and was used in the Oscars promo last month, shared and supported by Creed frontman Scott Stapp.

When sharing about the inspiration behind the four-song project, Profitt says, “Nicole and I initially did a cinematic cover of ‘With Arms Wide Open’ by Creed, and upon release it gave us the idea… ‘what if we did the other big Creed songs and put them on one collection?‘ …which led to the birth of The Creed Collection. He continues, “These are completely reimagined, cinematic versions of Creed’s biggest hits. We wanted to make a beautiful project that people would love to listen to, while hitting all the nostalgia buttons along the way! It was one of the most creatively satisfying projects I’ve gotten to work on to date. I am so excited to share these songs that EVERYBODY knows with the world, in a new, fresh way!”
Profitt is a self-made prodigy, having taught himself how to play the piano as a child and produced his first song at the young age of 12. Profitt has earned accolades and acclaim for his genre-warping production work with platinum-selling artists like Migos, Hunter Hayes, Avril Lavigne, and NF – the rapper/singer/songwriter whose Profitt-produced 2017 single “Let You Down” went six-times platinum, hit #1 on Billboard’s US Mainstream Top 40 chart, and surpassed a billion streams worldwide.

Additionally, his cover of Linkin Park’s “In The End” (featuring Fleurie) has accumulated over 47 Billion worldwide views/streams across all platforms. Profitt’s other productions include 9 RIAA certified Platinum singles, as well as 20 Gold singles, 2 Platinum Albums, and 1 Gold album.