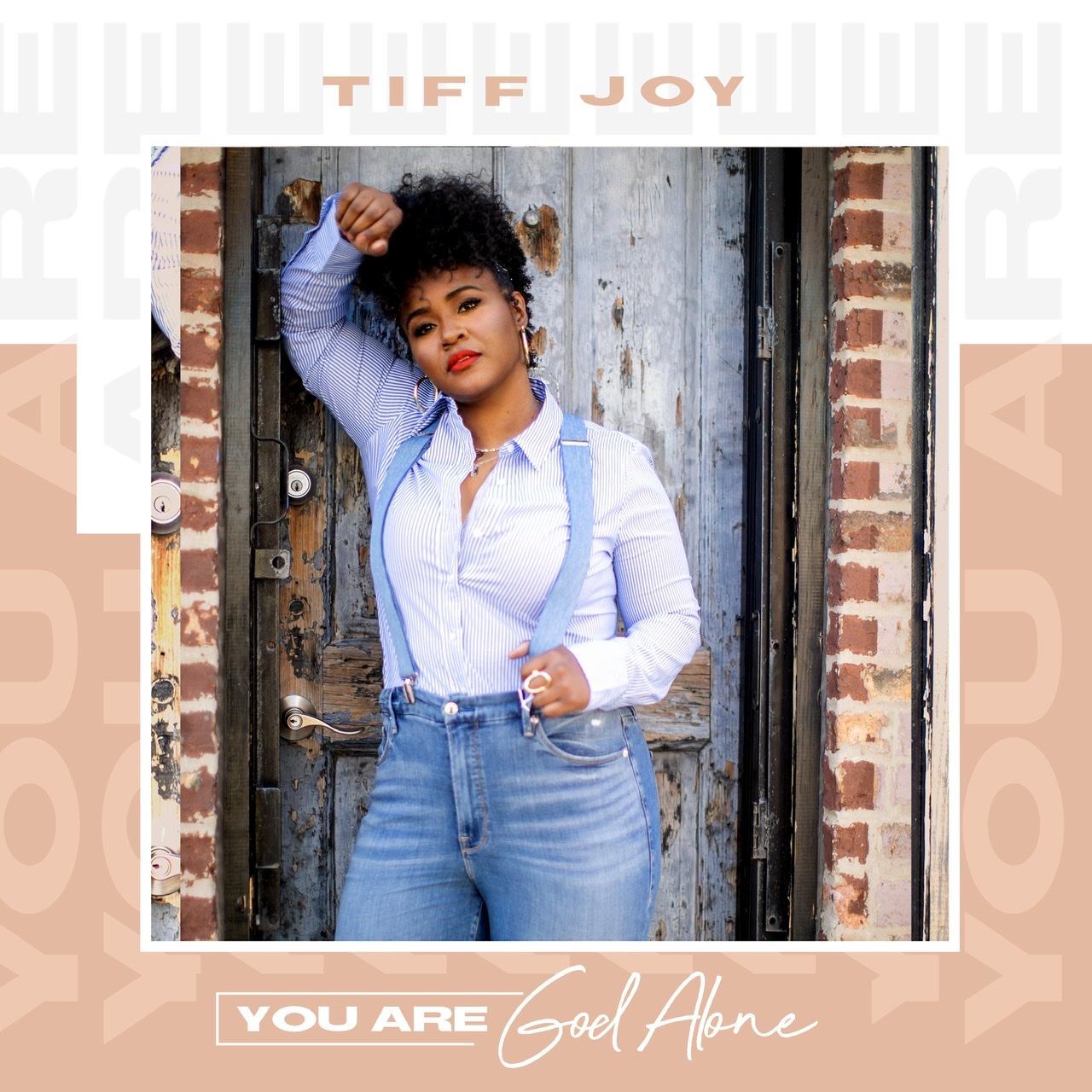 Multi-Award-winning singer-songwriter, Tiff Joy has released new praise and worship anthem, “You Are God Alone” under ( WalkWay Music Group / VMan Entertainment / Tyscot Records). It’s an infectious, mid-tempo proclamation of faith. The track bustles with explosive energy and percussive abandon. In a confident and at times, deliciously raspy vocal texture, she rattles off a litany of adjective names of God such as Redeemer and Protector. On the deliriously satisfying climatic vamp, she shouts off a melodious litany of adjectives that extol and exalt the names of the Lord. It’s a perfect companion to her past hits such as “Amazing” and “Release” with the legendary Chicago choirmaster, Ricky Dillard. You can listen now.

“When asked what inspired Joy to pen “You Alone Are God,” she had a simple answer. “It was just the desire to speak of how big and great God is, by reciting so many of his names and how He is all of that and more! That’s what the real impetus was for the song.” Fans of Joy’s smoky alto will be glad to know that this is a musical taste of things to come. “I am absolutely working on releasing a full album,” she confesses “What excites be about it is the message that people will hear. Being able to inform and encourage people, that is what I am most excited about and that people get to hear my heart in these rough times. Life during the COVID19 pandemic had had its share of ups and downs. It’s been a very heavy year. However, God has been there through it all He’s remained faithful.”

A preacher’s kid, Tiff Joy, grew up singing in her father’s Chicago-area church. By 2010, she was doing background vocals, arrangements, and songwriting for gospel artists such as VaShawn Mitchell, Fred Hammond, Kevin Vasser and Bishop Larry Trotter. She wrote and led Ricky Dillard & New G.’s Grammy Award nominated smash “Amazing” in 2014. The rousing track spent an astounding 30 weeks at #1 on Billboard Magazine’s Gospel Airplay chart. It earned her a Dove Award nomination, a Stellar Award for Song of the Year and a BMI Music Award as the most played gospel song of 2015. Afterwards, Joy’s self-titled debut album surfaced with a Top 30 single, “The Promise.” Joy re-teamed with Dillard in 2020 for another megahit, “Release,” which also rose to No. 1 on the Billboard Gospel Airplay chart.