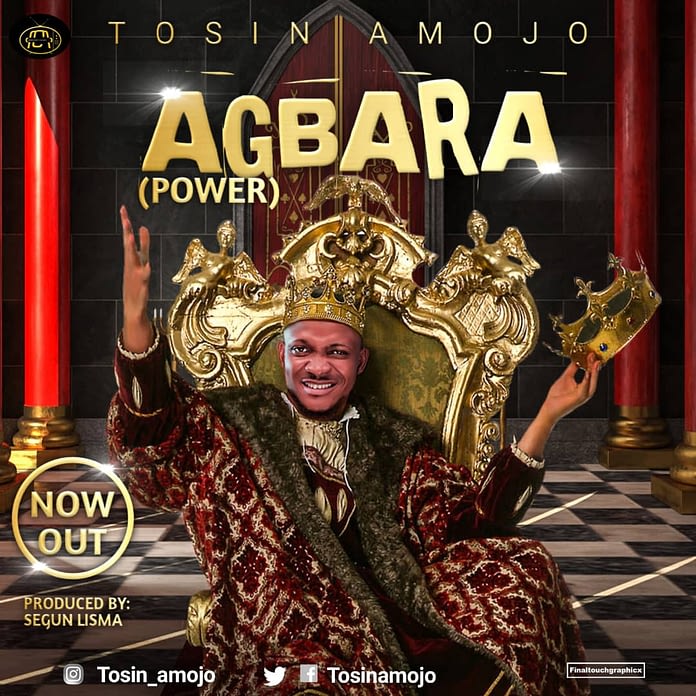 The Lagos based minister hails from Alimosho local government in Egbeda Lagos state Nigeria and has been in the music ministry for 15years now with hundred of songs written but just dropping this (AGBARA) first.

Over the years, Tosin Amojo has been a major voice in the soundtrack production sector of Nollywood movies both in English and Yoruba movies industry till date to mention few of the project he had been part of: Abamo, Iku Oba, Solorun ni abeniyan, Orija, Mojisola alapepe, Omo Meji, Atidade kinihun, Ore Meji, Ibusun, Rihanna, Boss lady, Imo river, Love and taboo, Back to School, Desperate School Girls, selfless Love, etc…

He has also ministered, shared platforms with quite a number of prominent ministers and still blessing lives with his ministrations

Speaking on the inspiration behind Agbara, It is more than just a song, I would rather describe it as a ‘special order’. It was birthed through prayer and I remember vividly how I specially requested from God in 2013 during the trends of Oba Gbogbo Aiye by Monique and Morire by Mike Abdul which I told God I want my own call and response praise song too. It was not up to 2weeks the inspiration came upon me and Agbara came into life as a song – Tosin Amojo shares.

The song Agbara, well delivered in the Yoruba language is a praise rendition that describes the supremacy of the most High God.

Agbara has been getting good responses from those who heard it by chance from the making.

We trust God you wouldn’t want to be left out of the testimonies too. Listen, Download and enjoy