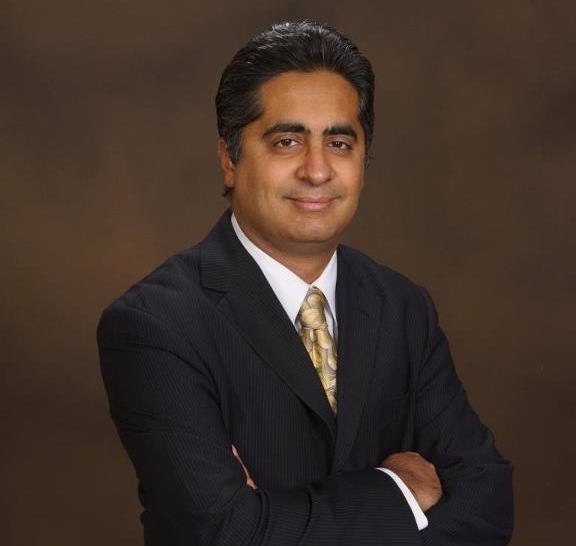 “My viewpoint was there’s one God, but he has many names, and many forms. So to me, Jesus was a god, Buddha was a god, Krishna was a god.”

As a Hindu, Eric Melwani grew up believing there are many paths to God. Born into a conservative family in India, he was deeply committed to his faith.

“I would offer the flowers to the Hindu gods in the shrine. Pray every day and do idol worship and have great respect for the Hindu gurus,” Eric recalls.

When Eric was a teenager, his family moved to the U.S. He went to a Christian school where he learned about Jesus. He also started going to church.

“I did not have a problem with going to a Christian church because I believed that Jesus was a way, a god. I remember going to that church and feeling the presence of God.”

“And I remember one day the pastor came to me and he asked me to pray the prayer of salvation, and I did. But I did not understand what I was praying. But one thing that really stood out in that church was the peace that I really felt. And I was looking for that peace.”

Eric’s openness to Christianity soured when a church member confronted him about holding on to his Hindu faith.

“I left that church hurt, offended, and angry. And that also made me angry towards Christians. And I said to myself, ‘Why are these Christians trying to convert the Hindus? Leave the Hindus alone. All religions lead to the same God anyway. So let me believe what I want to believe, and you believe in what you want to believe.’”

So Eric set out to prove that all religions are basically the same.

“I came to the point where I thought I had the answers. So my encounter with Christians was, I would get into debates, trying to convince them, that, ‘No, Hindu is the right way.  Yes I do believe in Jesus Christ, but to me He is one of the gods. He is not the only God.’”

Eric expanded his search for answers through other practices.

“I was involved in astrology, in palmistry, in numerology. I did not see there was anything wrong with that. To me, zodiac signs were actually very, very exciting, fun. So I would I read people’s palms, and I would tell them what their lines meant.”

Then one night, Eric had an experience he would never forget.

“I heard the voice of God, ‘Turn on the television.’ And as I did, there was Pat on the 700 Club, and he was talking about the sinfulness of the occult. For the very first time, the light came on. My eyes supernaturally opened. I got a revelation from God that evening hearing him that, ‘Yes, astrology, palmistry, numerology, all these occultic practices are demonic. They are sinful.’ I got on my knees and I began to pray this prayer of repentance, and I said, ‘Jesus, forgive me for doing all these things. I’m very sorry.’ And I sincerely prayed that prayer of salvation, that prayer of repentance. And I meant it from my heart.”

Then Eric finally experienced what he had been looking for all his life.

“I felt the presence of God, the glory of God, of Jesus Christ actually, come all over me and fill me and submerge me. I felt like that stronghold of occult was broken, and God delivered me instantly. I took all my books that had to do with the occult, and I threw them in the dumpster. Those images of the Hindu gods were on my wall; I suddenly had no desire to pray to them.”

Eric went to another church.  This time was different.

“They allowed God to do the work in me, and they showed me love. And that love that I felt in that church drew me to go back there again week after week after week. The love and the power of God, and I remember, the more I heard the word of God something began to change in me supernaturally. God began to reveal to me that Jesus is not a god; He is the God. He’s not a way; He’s the only way to the Father.”

Eric‘s quest was finally over.

“Even when I was doing deep yoga, even in those states, I never experienced God, which I did with Jesus. And one thing about our Lord Jesus Christ is, I have that real peace and contentment. And I always have the presence of God, and because the Bible says that God loves me, and as a Hindu, I never had all those things.”

Hindu Admit Jesus is The Only Way To Heaven | Eric Melwani

Eric went on to become an ordained minister. He encourages others who are looking for answers to look to Jesus.

Thanks You, Jesus Bless You.