Gospel Songs Mp3 > Blog > Choosing to Not Have Children

Choosing to Not Have Children 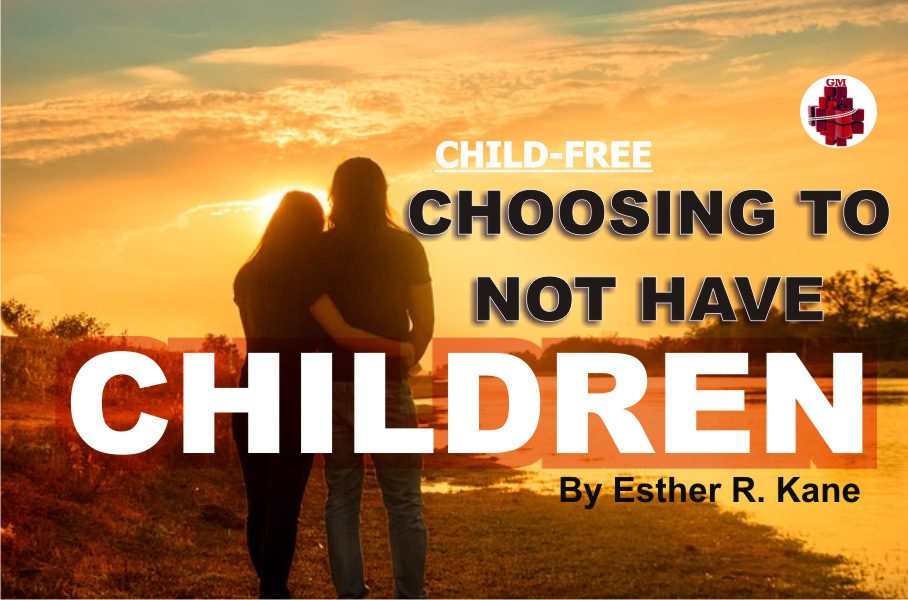 Five years ago, while I was going through my midlife crisis in a big way my friend and colleague, Maryanne Pope starting a blog called “Mothering Matters“ and asked me to write a piece on my decision to go child-free as well as my professional take on this important decision in my client’s lives. It appeared here originally and since I’ve never shared it with you, my dear readers, I share it now with the hopes that it will help you in your own decision-making process re: mothering

Being in my forty-first year, I can finally start relaxing about the whole ‘motherhood question’. I am happy to say that for the most part, people have stopped asking me if and when I am going to have children. I am a happily-married (13+ years!) woman who consciously decided not to be a mother and I feel that this has been a wonderful decision and don’t feel any regret whatsoever. However, I didn’t always feel this peaceful about the whole thing. Since I met my husband when I was 27, I had a number of years to reproduce and felt a lot of confusion and angst about the whole thing.

When I met my husband, I had just graduated with my Masters in Social Work and the only jobs available at the time were in child protection with the government. So for a very stressful eight months, I slogged it out full-time being a Child Protection Social Worker. It was my job to assess whether children were getting their basic needs met in their homes, and whether they were safe. This was a horrendous position to be in, and at times, very dangerous. The worst thing I ever had to do in that job was remove a newborn baby from the hospital and into a foster home the same day. While I did this for the baby’s well-being and safety (dad was a pedophile), I nearly broke down in tears when as I was carrying this sweet little babe in my arms on the way out of the hospital, a few people smiled at me and said “congratulations” assuming that I was the actual mother of said baby.

I learned about countless cases of child abuse and neglect, reading horrific stories of young children who had burned to death in their homes due to parental negligence. In short, that job made me face the absolute worst-case scenarios re: parenting gone wrong. I think that the timing of this job and the fact that I was 27 at the time and considering options for my future, combined in such a way that I began to feel that parenting wasn’t exactly fun, easy, nor necessarily rewarding. I also become highly aware of how easy it is to mess up a child’s life and that parenting was thus, a huge responsibility if one were to do it as conscientiously as possible.

Being a Parent as a Child

Another huge reason I didn’t desperately want to be a mother was because I felt like I had been mothering for most of my life within my own family-of-origin. In therapy jargon, I was your typical “parentified” child from the age of four when my parents divorced and both fell to pieces physically and emotionally. As an only child, and being a wise little girl, I, for whatever reason, felt responsible for my parents’ mental and physical health (including one parent being put in a psychiatric ward for 6 weeks, and the other one starving and drinking nearly to death). I literally thought that if I didn’t “save” one or both of them, that I would be an orphan and that was a terrifying thought. And while they weren’t exactly model parents, they were the only ones I had and my survival depended on them.

Unfortunately, this role continued until very recently, where I was the “wise one” each of my parents came to for advice on how they should live their lives. Becoming a therapist hasn’t felt like a choice for me, but a forgone conclusion based on my experience with my parents. To this day, I worry about my parents as there are ongoing self-destructive tendencies and habits that still continue. However, through my own therapy, I have learned that I am not, and never should have, played the “mommy” role so I resist the urge when it arises.

Also, when I was sixteen, my mother had another child. It was obvious to me that my brand-new sister’s parents weren’t emotionally mature enough to handle the job, so I took on more of a parenting role with my sister than a sibling role and continue to do so today, because unfortunately, I’m the only stable “elder” in her life. While I consider myself incredibly lucky to have my wonderful sister in my life, I also feel that I, once again, was parentified at too young an age and missed out a lot on being a kid and a teenager as a result.

In other words, once I hit my 30’s and my sister was somewhat safe and well-adjusted, I felt like I was done mothering. I couldn’t relate to all the women my age who were desperate to have babies. I had just become free of being a mini-mother for the majority of my life, and I felt that it was now my time to live for me.

There are lots of ways to “mother”

As a psychotherapist, I feel that I am constantly mothering my clients and helping them reparent themselves as adults. In this capacity, I am a safe, nurturing, mother-like figure who helps people heal where the parenting they received was lacking, unhelpful, or downright abusive. My work meets all my “mothering” needs, as does looking after my darling pet kitties, Abe and Ike.

Obstacles to Staying Child-Free by Choice

Saying all of that, I cannot deny that in my mid-thirties, my body sometimes wanted children (those hormones are tricky little critters!). When the “I want a baby” hormones were raging, I really had to ask myself some deep questions about whether motherhood was my path or not.

Some of those questions included:

Is it my body that wants a baby or me?

It was definitely my body because as my husband quipped during one of these many episodes, “Just wait it out- in 24 hours, you won’t want a baby”. And he was always right! It passed within one day every time…

Is it me that wants a baby or would I be doing it for others?

The pressure for happily married women of childbearing age to reproduce is enormous and when you’re in this category but don’t want children, you can be met with some serious resistance and harsh judgement. Sometimes, at its worst (i.e., when the in-laws had hissy-fits about our decision and guilt-tripped us mercilessly), I thought it might be easier to just ‘give in’ and have a kid or two to make the peace. At 40 looking back now, am I ever glad I didn’t! I never wanted children- other people wanted me to have them and that’s not a good reason to go ahead.

How do I find meaning and purpose if I don’t have children?

This is the last question I wrestled with, and still do to some extent because, let’s face it- having children fills up your life, gives you a concrete purpose, and hopefully, some meaning too. As a child-free couple, my husband and I have a lot more time on our hands then our friends with kids. And that means more time to contemplate the meaning of life and have early-onset existential angst which most people our age are too tired and overwhelmed to entertain. However, I have come to some peace as of late re: my purpose and what gives me meaning in life and none of it has to do with having children of my own.