Key Verse: “And he said unto them, Take heed, and beware of coveteousness: for a man’s life consisteth not in the abundance of the things which he possesseth” (Luke 12:15).

Have you ever seen a bird worry about who would pay the rent or mortgage on its nest? Birds do not worry or fret because they have absolute trust in God for their safety and survival. When some concerned persons declare these days that the world has taken hold of the church, they simply mean that such traits as greed and rabid pursuit of fame and wealth, practices of the unregenerate, are now identified with many so-called believers.

Our Lord Jesus Christ, in the text describes these evils as covetousness and says we should “Take heed” and shun them because “man’s life consisteth not in the abundance of the things which he possesseth.”

The Lord firmly denounced covetous living. Many in the church today ask for the shadow instead of the substance in the quest for God’s blessings. Christ illustrated the foolish man who laboured much for earthly inheritance without giving much time for God, only to lose his life and the materials heaped up. Consider the plight of ravens and lilies that God readily provides for and take it to heart that those who are God’s crown of creation are of greater value than ravens or lilies. He therefore urged us to reorder our priorities: the kingdom of heaven and its righteousness first and the appropriation of other things will then follow.

Many people are willing to die to attain fame, success and power. In their imagination, success is defined in terms of material acquisition. They eventually die leaving whatever they gained behind and needlessly fall into the inferno of eternal horror. Believers should take a cue from the Lord’s admonition. If you have ruined your life because of the frenetic greed for material acquisition, retrace your steps and make the pursuit of the kingdom of God and His righteousness your utmost priority.

Thought For The Day: Foolishness is contained in making money an idol. 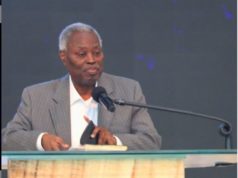 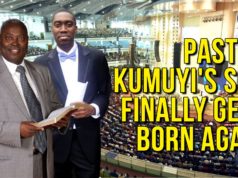 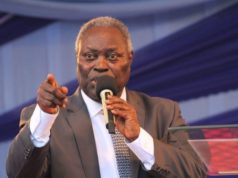 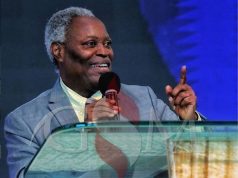 [Message] W.F Kumuyi – The Powerful And Painful Effects Of Friends On The Ministry

TY Bello – I Will Not Be Moved (New Spontaneous Session)