Position Yourself In The Strong Tower 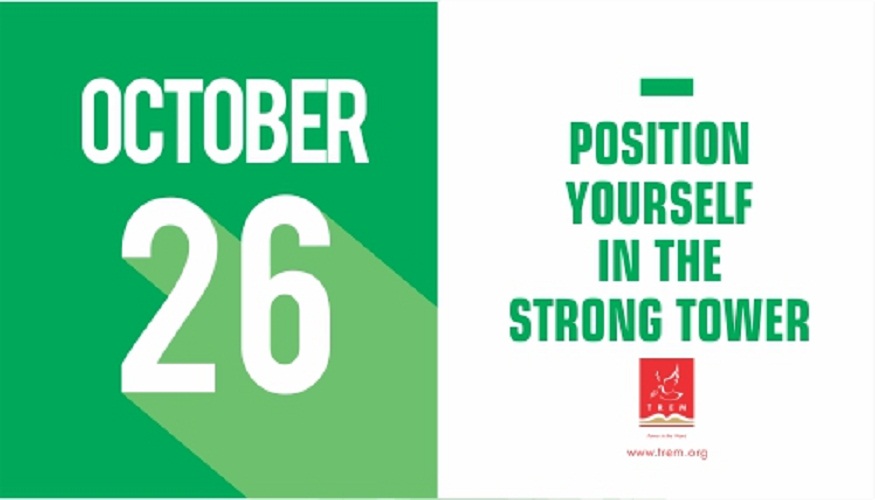 Scripture: “The name of the Lord is a strong tower: the righteous runneth into it, and is safe.”
(Proverbs 18:10 KJV)

Eventually, Abimelech began to rule over Israel. He brought his mother’s relatives and put them in positions of authority and by so doing, crushed every opposition from perceived enemies. But there is always a day of recompense for the wicked. Judges 9:50-55 tells us that when Abimelech came against the city called Thebez, God’s people ran to the tower in the middle of the city and climbed to the top. While they were inside, Abimelech was still attacking and was ready to burn down the gate so as to come in and slay God’s people. Then a woman cast a stone from the top of that tower. The stone hit Abimelech’s skull and he knew that he was going to die. Then he told his armour bearer to kill him so that it will not be said a woman killed him.

Now there is a principle I want to show you in order to break the lordship of Satan over your life. And that is whether you like it or not, you will always be confronted by difficulties. There will always be an Abimelech to contend with. But it is the way you position yourself that will determine whether you come out or not. Abimelech came against the people of God, but they positioned themselves in the strong tower and came out victorious. So also challenges of life will always come but the good thing is that we are on the side of victory. Take your position in the strong tower, and you shall be victorious over every challenge in life.