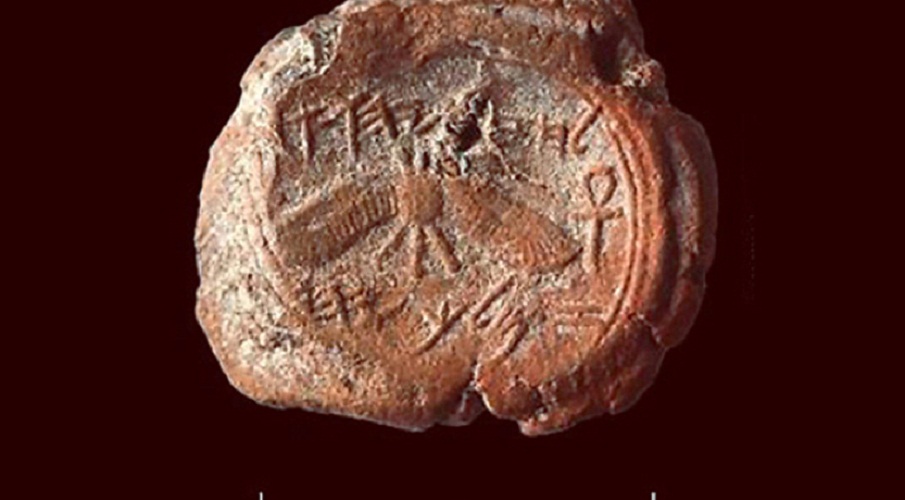 Seal impression of King Hezekiah unearthed in the Ophel excavations

Scripture: [The Lord says:] I have heard your prayer and seen your tears. Isaiah 38:5

For five years, an ancient clay seal remained in a closet in Jerusalem’s Institute of Archaeology. After the seal was dug up at the foot of the southern part of Jerusalem’s old city wall, initial examination failed to establish the significance of the nearly 3,000-year-old object. But then a researcher carefully scrutinized the letters on the seal, resulting in a major discovery. The inscription, written in ancient Hebrew, reads: “Belonging to Hezekiah [son of] Ahaz king of Judah.”

At the center of the seal is a two-winged sun surrounded by two images symbolizing life. The archaeologists who discovered the seal believe that King Hezekiah began using this seal as a symbol of God’s protection after the Lord healed him from a life-threatening illness (Isa. 38:1–8). Hezekiah had been pleading with the Lord to heal him. And God heard his prayer. He also gave Hezekiah a sign that He would indeed do what He had promised, saying, “I will cause the sun’s shadow to move ten steps backward” (v. 8 nlt).

The facts related to this archeological artifact give us an encouraging reminder that the people in the Bible were learning, as we are, to call on the Lord who hears us when we cry out to Him for help. And even when His answers are not what we want or expect, we can rest assured that He is compassionate and He is powerful. The One who orders the movement of the sun can certainly move in our hearts.

Prayer: Dear God, You are great and powerful, yet You care for me. Help me to believe in Your power and love, and to seek Your help always.

Call out to God; He is wanting to hear from you.

Hezekiah, whose name means “whom Jehovah has strengthened,” was the son of Ahaz (2 Kings 18:1), one of the worst kings of ancient Judah. Hezekiah succeeded his father on the throne, reigning for twenty-nine years. Ignoring the disastrous example of his father, Hezekiah modeled himself after his great-grandfather, Uzziah. Hezekiah’s primary impact as king was in his role as a spiritual reformer. As part of this reform he destroyed the “bronze serpent” (see Num. 21:4–9). What was once a symbol of healing in Moses’s day had become an object of idolatrous worship. Hezekiah’s reign saw a season of spiritual renewal that had a profound impact on the kingdom (adapted from Easton’s Bible Dictionary).

God honored Hezekiah’s faithfulness and compassionately answered his prayer for healing. How have you seen God respond when you’ve cried out to Him?