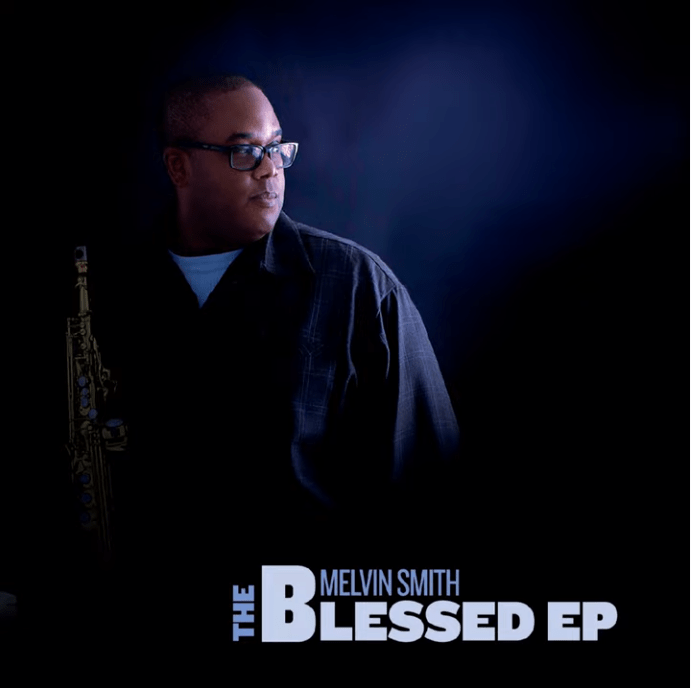 Gospel Jazz Music is a burgeoning genre consisting of the improvisational and African American influences of the sacred, Gospel music, and secular, Jazz. Melvin Smith is a master at both. A consummate saxman, his talent has placed him on stages with artists such as Kirk Whalum, Jonathan Butler, Oleta Adams, Norman Connors, Fred Hammond, BeBe Winans, Israel Houghton and Byron Cage. A skilled musician, who was a performer at the famed Montreux Jazz Festival – at the age of thirteen, Melvin is a graduate of Berklee College of Music and the City of New York – Queens College. Now he is taking his education and experience and pouring it into his first Gospel Jazz project, Blessed. Available now on digital media outlets everywhere, Blessed is a collage of Gospel music favorites.

A five-song EP, Blessed, features the Fred Hammond hit, “We’re Blessed.” A long-time fan of the urban praise and worship icon, Smith’s remake is a unique take on the church classic. Pulling from the musical influences of Washington, DC, he infused Go-Go into the song, providing the listener with an African-inspired praise experience. “We’re Blessed” holds a special place in the musician’s heart. “This song has reverberated in my soul from the first time I heard it in 1998,” Melvin said. “’We’re Blessed’ is a song I live by, and it’s a song that inspires me to this day.”

Smith features other well-known Gospel tunes on the record as well including Lamar Campbell’s “More Than Anything”, Mary Mary’s “Walking” and Vashawn Mitchell’s “Nobody Greater”. Flowing from one familiar cut to another, Smith’s saxophone tells a story with each song on the newly released EP. His tone, interpretation and execution make listening to Blessed a memorable musical experience. As a matter of fact, Edward Blanco of EJazz News calls Smith “one of the finest reed man in the jazz business today.” Bill Milkowski of Jazz Times calls Melvin “a proficient saxophonist with a knack for writing catchy tunes.” John Barron at AllAboutJazz.com says, “Melvin Smith is equally adept in both genres [Gospel and Jazz]. Smith is able to successfully blur the lines between the tradition of the spiritual and the inventiveness of jazz; demonstrating the obvious connections missing from the sounds of so many contemporary improvisers.”

It’s no surprise that Melvin is known as a virtuoso on the saxophone. He started playing as a youth. An expert with wind instruments, the Jacksonville, FL, native took to the instrument after learning the clarinet and the flute. He was encouraged to play by his parents, who were also Gospel music lovers. Growing up in church, he used his musical gifts there, singing, playing instruments and performing in church plays. Later, he completed his education at Berklee and CUNY and spent 20 years in New York, honing his craft, performing regularly and recording several jazz projects. A former member of the musical staff of the renowned Christian Cultural Center in New York, Melvin Smith currently teaches music to middle and high school students in Jacksonville.