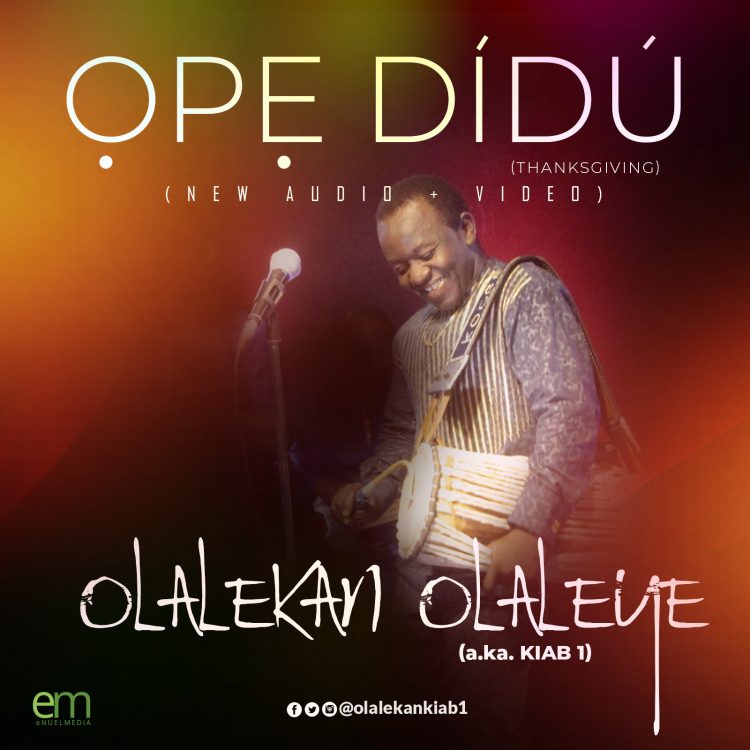 Leading Nigerian Artist, Musician and talking Drummer, who has worked with A-list Nigerian Artists is out to daze his fans and followers around the world with an Epic African traditional Music that is Centred on Given Thanks.

His a professional singer who expresses his singing prowess through apala fusion, music producer and an excellent talking drummer.

He started his formal education in Abeokuta, Ogun state. (Army primary school and african church grammer school. He later moved to lagos for his bachelor degree in Economics of education from Lagos State University.

Olalekan Olaleye (KIM), started playing music in church. Today, music in his life has taken a professional dimension. He has also taken his music france and other parts of the world.
Olalekan Olaleye (KIM) has worked with quite a number of big brands in nigeria to mention a few. Ebenezer obey, K1 de ultimate, blue note band and Lagbaja (mask man).