In a two-part episode which aired Monday and Tuesday on the “Dr. Phil” show, the popular TV host who specializes in psychology, sociology and observation investigated the Church of Wells, a group of people who reportedly indoctrinate, drug and hold members against their will.

The first episode of the show told the story of a man named Jordan Reichenberger, a street preacher who often evangelized in Austin, Texas. During Halloween in 2016, Reichenberger was in downtown Austin sharing the Gospel when he was approached by two young men wearing plaid shirts who identified themselves as elders from the Church of Wells.

After chatting with him about his beliefs and religion they convinced him that his faith was not what it should be and invited him to come with them and check out their church. They offered him a bottle of water, which he believed was “laced with drugs.” He then was driven to Wells, a very small town in east Texas where the Church of Wells is located.

Reichenberger was there for five days before his family tracked his phone, and ultimately drove to Wells and after hours of verbally fighting with church members, they got him out. The young man claims he was habitually drugged during his time there and could not physically escape himself.

When asked by Dr. Phil McGraw about his time there and what it was like, Reichenberger said it was “a beratement of your character, it’s a severe distortment of what the Word of God says.

In part two of the episode, which aired Tuesday, Dr. Phil spoke to the parents of a current member of the Church of Wells, who claim their daughter Catherine Grove is being held against her will.

Since 2013, they said she has made “four attempts to escape.” Showing heart-wrenching footage of their daughter on a police dash cam video, where Grove was disoriented and didn’t know where she was going or where she wanted to go. In another escape attempt, Grove made it all the way back home but she eventually became very agitated and felt pulled back to the Church of Wells.

Upon seeing some footage of Grove, Dr. Phil says it’s evident the young lady is under some form of mind control.

“Some of this looks very much like a prisoner of war video to me, where you see Americans being held hostage and you hear what we call pushed verbalizations,” he explained. “When you hear her talking she’s having to pull up each word … she doesn’t flow and that’s what happens when someone has surrendered their will and their not talking from a place that comes from their own feelings.”

Another video showed one of the leaders of the Church of Wells berating a neighbor in the community who is a pastor from a mainline church there named Pastor James Maddox. Maddox, also a guest on the show, shared his experience with what he also calls a cult.

The minister claimed he is very concerned about what’s going on there. He described seeing buildings that he thinks are like sweat lodges where people are kept without food, water or sleep as a way to indoctrinate them.

This is not the first time the Church of Wells made headlines. In 2015, six members of the Texas church were arrested at Joel Osteen’s Houston megachurch after they disrupted a Sunday morning sermon by shouting out that the ministry was not a “true religion.”

In another instance the year before that, members of the controversial church group were assaulted after telling people they were “going to Hell,” while shoving a Bible in a man’s face during an annual homecoming parade in Wells.

The church responded to the claims made on the “Dr. Phil” show via a 20-minute video. Jacob Gardner, an elder, denied that his church drugged people and called the accusations an assault on “the truth.”

Responding specifically to Reichenberger’s claims, Gardner said, “They’re willing to place the blame on a Bible-believing Christian church with no investigation, with no reason to believe this other than the man says he felt a fog over him and felt just this haze over him. Well, I am not responsible for those feelings which come upon souls that are being convicted over their sins by the Holy Ghost through his written word through vessels of earth called Christians.

“I have experienced it myself, conviction over sin, wrought in my soul deeply by the Spirit of God and it is an agonizing feeling often.” 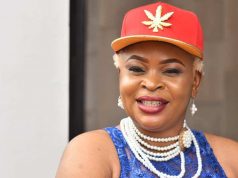 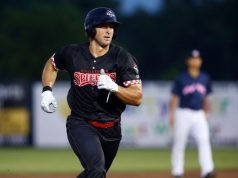 Tim Tebow is Technically ‘one step away’ from Major Leagues 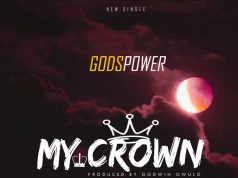 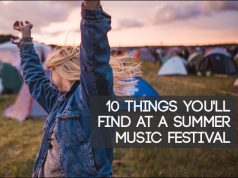 10 Things You Will Find In Summer Music Festivals