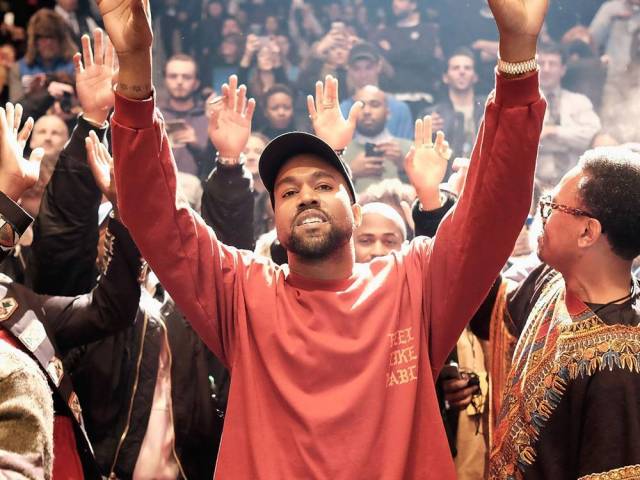 Remember when Life of Pablo was supposed to be a gospel album by Kanye West? Well, this time it appears it will be happening for real with Kanye’s new album titled ‘Jesus Is King‘ dropping on September 27th, and the tracklist proves it.

Completely judging a book by its cover, Kim Kardashian-West dropped an IG story of the tracklist and album title on a piece of paper next to an open Bible.

Take a look at the above at the tracklist. Aside from the title ‘Jesus is King,’ every song makes reference to Jesus, God, or a situation in the Bible. The list even contains the obligatory “Water” reference keen to worship music. By the way, the song “Water” was premiered during a Sunday Service session at Coachella this year. This could mean that these sessions could have been a bit of a dress rehearsal for the songs, album, and ultimately a tour.

It’s important to note that we are not saying Kanye is Christian rap or a gospel artist. We have no idea what it will sound like, however, he’s been transfixed on the gospel sound later. Commenters always voice their concerns over things West has said in the past concerning and what he continues to promote in his music. This is not an endorsement but rather a report of the news that fits within our sphere.

With that out of the way, what do you think of this? Will this be the truly surrendered to God gospel album by Kanye West?