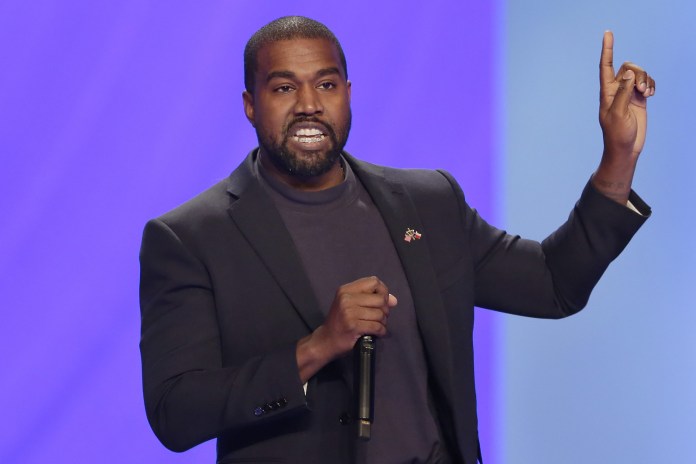 It has been revealed that Kanye West has spent $6.8 million on his Presidential campaign so far, despite failing to file paperwork in time to get his name on the ballots in several states.

The Billionaire rapper, 43, whose political party is called The Birthday Party, has only made the ballot in 10 states, including Colorado, Iowa, and Minnesota, according to CNN.

West’s campaign finance report, filed to the Federal Election Commission on Friday, reported bringing in a total of $6.8 million between July 15 and Aug. 31.

The Kanye West campaign raised $11,472 in contributions from eight donors that gave between $200 and $1,000 and smaller donors who gave under $200 during that time, the report shows.

The report also shows that the campaign spent a total of $5.9 million during that time period. $2.7 million was paid to Millennial Strategies, based in Long Island, N.Y., and Atlas Strategy Group for “ballot access services, polling, campaign management consulting, legal services.