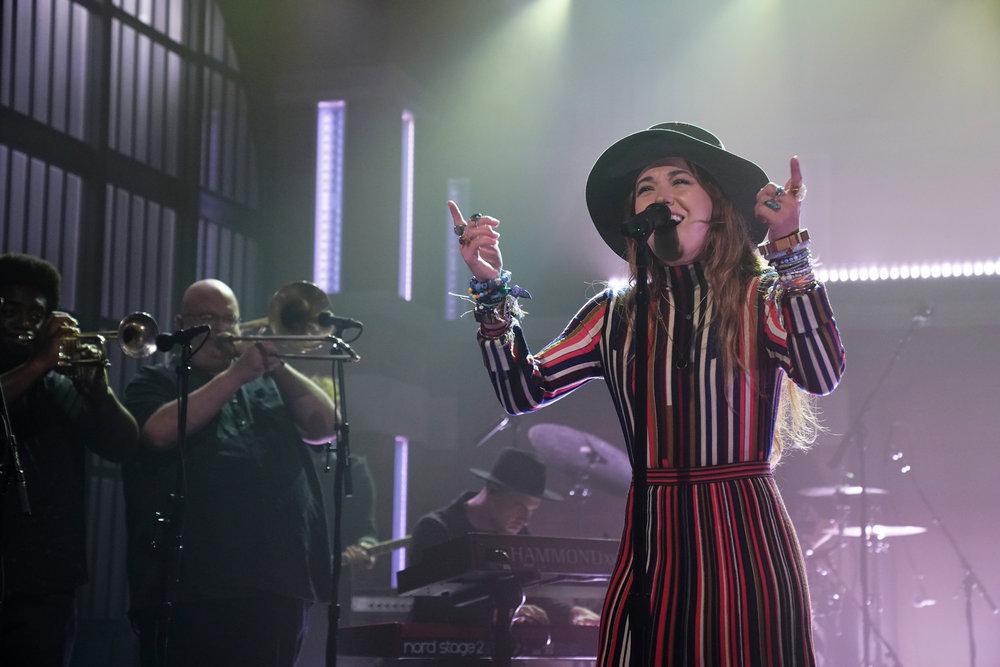 Daigle offered an amazing performance of her song “Still Rolling Stones” before the New York studio audience on Monday. In the tune, Daigle talks about the power of resurrection.

“Six feet under/I thought it was over/An answer to prayer/The voice of a Savior/Rise up/ Rise,” she sang on the show.

“Backed by a horn section and three additional vocalists that gave the feel of a gospel choir, Daigle’s voice soared on the inspiring number. Alternating effortlessly from a whisper to a belt, Daigle shined on her Late Night appearance,” Billboard said of Daigle’s Monday night performance.

“Still Rolling Stones” is featured on Daigle’s Grammy award-winning Christian album, Look Up Child, which crossed over into mainstream charts and debuted at No. 3 on the Billboard 200 chart upon its release in September 2018.

Daigle has been making her mainstream TV rounds with appearances on “The Tonight Show Starring Jimmy Fallon” and “Dancing With the Stars.” She also addressed critics who slammed her for appearing on “The Ellen DeGeneres Show” because DeGeneres is a lesbian. Daigle argued that critics “completely missed the heart of God.”

Daigle made Billboard history this month with her single “You Say,” which remained at No. 1 on Billboard’s Hot Christian Songs — longer than any other song in Christian chart history.

The inspirational song now has the longest reign since the survey launched in 2003, surpassing Hillsong United’s “Oceans (Where Feet May Fail).” “Oceans” was at the top of the chart for 61 weeks.

Daigle will venture out on her first headline world tour, “Lauren Daigle World Tour,” in 2020.

She will travel to 44 cities, starting in Melbourne, Australia, on Jan. 18, 2020. She will then head to the U.S. in February, with stops in New York, Nashville, Houston, Boston, and Dallas, as well as the Canadian cities of Toronto and Montreal.

The Louisiana native will end the world tour in her hometown of Lafayette.

Tickets for “Lauren Daigle World Tour” are available at www.laurendaigle.com/tour