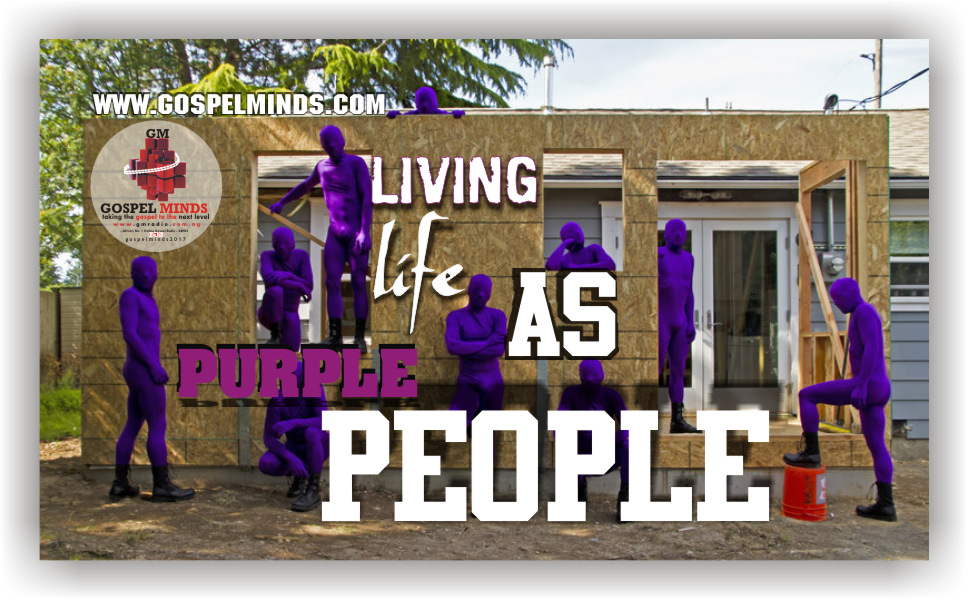 A woman named Lydia, from the city of Thyatira, a seller of purple fabrics, a worshiper of God, was listening; and the Lord opened her heart to respond to the things spoken by Paul.” Acts 16:14.

My senior year of high school, I pulled my car into my garage feeling utterly defeated. After about a month of digging on the internet through atheist blog posts, I wasn’t sure that God existed. What had begun as a modest attempt to understand atheism nearly ended with the crushing idea that we were alone in the universe.

That was not the first, and I’m sure it won’t be the last time that I wrestle with the existence of God.

In fact, last fall I found myself in a similar quandary, trying to write blog posts for The Mennonite while simultaneously wondering if I was propagating something that wasn’t true. Unlike my existential crisis in high school, I found myself doubting my faith for entirely different reasons. Like a lot of Millennials and people my age, I found it hard to distinguish who I was when I neither identified with conservative Christianity that taught that Jesus is the only way to heaven nor with atheism that teaches us that all we have is here and now.

It wasn’t until I read an article about religion by an atheist that I finally found the words to describe myself: purple. The author of the article, Dale McGowan, noted that if you look at an electoral map of the United States you will see red and blue states, highlighting which states voted Republican or Democrat. The reality, however, is that if you show the true colors of the states, you will see a whole lot of purple.

McGowan’s point is simple: all people, whether Christians, atheists, Muslims, or Jews are purple, meaning that our ideologies don’t totally fit into the prescribed category that they are supposed to. Christians aren’t red and atheists blue, we are all just purple.  Some Christians and atheists like going to church while others do not. There are people who swear by the power of prayer while others simply vow for positive psychology and mindfulness. And all ideologies and religions can range from blind dogmatism to open-minded ambiguity.

Purple has a lot of different names: doubt, ambiguity, paradox, uncertainty, confusion. My purple looks like wondering how I can identify with a religion that has historically perpetrated heinous acts of violence, figuring out how and what I want the church to be, trying to find the balance between my personal and corporate ethics, and loving Jesus and swearing. I’m not the nice Christian girl who blogs for The Mennonite who has answers to life’s most difficult questions, I’m just pretty purple.

The problem, though, is that we don’t see purple, we see red and blue. Rather than focusing on who we are intrinsically-children of God inherent with worth and dignity-we play the game of identity, and our identities come with sociological and political connotations. These connotations are important as they carry history, culture and heritage, but as Mark Lilla notes ‘those who play the identity game should be prepared to lose it.”

Not only is the inability to be purple dangerous because it divides us, but because it also keeps us from the truth. Wisdom, truth, and knowledge are virtues that aren’t just handed to any person, but entities that have been cultivated for millennia and have evolved over time due to circumstance and wrestling with tough questions. Simple truths – like to be good to one another and to ourselves-will always remain, but we all must learn what these truths mean during our current context. Embracing our purple and opening ourselves to the things we don’t know and understand is how we gain a better understanding of how to live life faithfully in our time.

And that’s what being purple is really about: living a life that is true and authentic. Purple is saying “I don’t know why God allows bad things to happen, but I will sit with you in the pain without an answer.” It’s admitting that we have vices and sins. Being purple translates to interaction with one another where grace comes before judgment. Embracing purple looks like vulnerability, curiosity and humility to learn from one another.

I’m an advocate for living life as purple people because I believe that we are more receptive to others and others become more receptive to us when we are our genuine selves. Our disagreements challenge others and ourselves, our connections build better relationships and living into who we really are liberates our souls.

I don’t think it’s a coincidence that the color purple carries great historical and biblical significance as a symbol of royalty and great stature, or that we drape our crosses at Easter in purple to signify the return of the prince of peace. Just as purple holds the contrast between red and blue, I firmly believe in learning to hold the tension between ideas, navigate tough spaces, and learning to love one another in new ways.

Elisabeth Wilder is a recent graduate of Eastern Mennonite University.