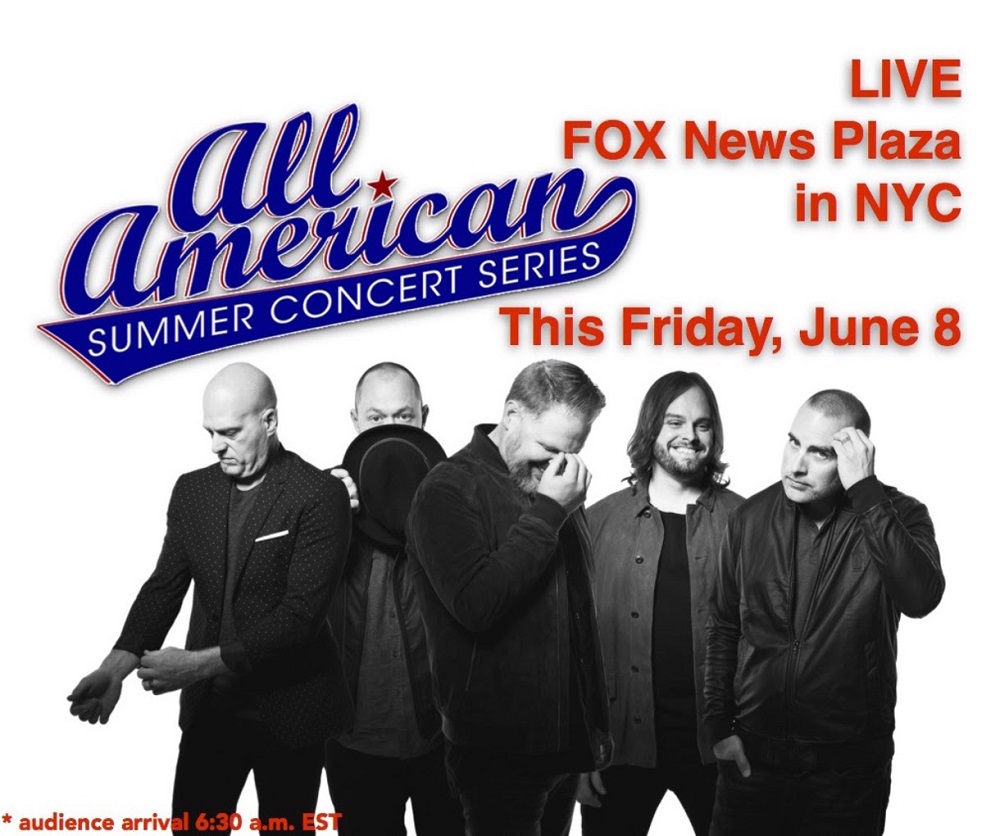 MercyMe will be center stage at Friday’s FOX & Friends’ All-American Summer Concert Series. The morning show concert series will also host Lynyrd Skynyrd, Scotty McCreery, TobyMac and more throughout the season (for more information click here). The morning show appearance will align with the blue-ray and DVD release of the blockbuster movie I Can Only Imagine, which is available digitally today. MercyMe recently took home the Billboard Music Award for Top Christian Artist and four K-LOVE Fan Awards for Film Impact (for the box office smash I Can Only Imagine), Group or Duo of the Year, Song of the Year for “Even If” and Artist of the Year.

It continues to be a landmark year for the multi-platinum selling MercyMe. A major motion picture based on the life of frontman Bart Millard who wrote the mega-hit song “I Can Only Imagine” after the loss of his father opened at a remarkable No. 3 at the box office on Mar. 16, 2018 (Lionsgate, Roadside Attractions). Carrying the same name, Millard’s first memoir also released this year followed by the unveiling of I Can Only Imagine – The Very Best Of MercyMe. MercyMe was recently named Top Christian Artist at the 2018 Billboard Music Awards, and was the top winner at the fan-fueled K-LOVE Fan Awards including a win for Artist of the Year. The group is the current GMA Dove Award Winners for “Artist Of The Year.”