Tomiwa Aladekomo, CEO of TechCabal in this interview with BusinessDay’s Frank Eleanya speaks on the growing technology industry in Africa and the role of media in building the different segments.

TechCabal is a tech media company as well as a startup that gets funded, how does that work?

Think about media and technology companies. We’re building publications and intellectual property of all sorts that we believe will be incredibly viable over time. Our flagship publication is TechCabal which of course has been one of the most important publications covering Africa’s startup and now technology ecosystem. Our fundamental thesis was always that we’re going to build viable publications in important niches and obviously, technology has proven to be one of those.

From an editorial coverage perspective. It means that we are operating in the same industry that one of our Publications covers. Sometimes that causes conflicts but at the same time, it’s clear that strategically when we’re picking our niches we picked an important one because, When we started Techcabal was when some young guys in CC-Hub who were in the industry were building, but only a few people saw the promise. The big money wasn’t coming in, the banks were not worried about some startup guys. As an industry everything was in the air, they could have gone anywhere it could have mattered or could not have mattered.

So I think what’s important is that we chose really well and strategically we made the right call in covering technology and building an important publication in that space. And as a business, we’re going to continue to do that to develop protocols in important spaces. So today we’re talking about TechCabal and Zikoko, but over time we’ll develop more publications covering more important news spaces and build robust business models around them.

What is your view of the coverage of the tech industry in Nigeria with regards to what is obtainable around the world?

Two things; we are pan-African in focus so we cover Africa’s Tech ecosystem. Beyond Nigeria, we cover the entire ecosystem across Africa. We also cover the impact and business of technology across Africa. What’s the difference between those? They are startups but there’s also big tech. These include the telcos, the banks, and the global platforms such as Facebook, and Amazon. All of those are big tech. We started out covering just startups, but over time our mission has evolved first to cover technology as a whole that also includes innovation.

So if some random guy in a village is building interesting things that change and improve the lives of people, it may not be a pure technology play, it may definitely not be a startup. But if they’re doing interesting work, we’re interested in covering it.

From a business perspective, we’re increasingly in a business publication. We want to cover the business of technology; how it makes money, and how it affects people at a pan-African level. We’re obviously based out of Nigeria. It’s the market that we know best, that we’re closest to and so we do some really deep work here. Over time, our goal is to grow the depth to which we can cover the entire continent. So by the end of this year, you should see us covering East Africa, Northern Africa, Southern Africa, and francophone Africa in a lot more depth than we do now.

The second thing I would say beyond being pan-African, we are essentially a trade service publication. That is, we’re offering useful information. Techcabal is often the first place we will find out what is happening in technology. A lot of the work that we do is just putting out pure data, information about what’s happening in tech and why it matters, how it affects you. It’s service journalism.

A good comparison for us would be The Information. I don’t know if you’re familiar with it, but it is an American tech publication. I read The Information and a lot of it is not sensational. It’s informative. It is simply about the information you need to know to do your business. If you’re a business person you want to understand how tech is going to affect your business in Africa.

Now beyond that, we do investigative stories. We also do daily reporting on trends and what’s happening. And I think that’s a key part of our mission. But that’s service journalism of being the most important publication covering the business and the impact of technology in Africa. That’s where we plant our flag.

Do you think there is a difference between tech media and traditional media in terms of style?

Certainly, I mean in style. I don’t know much about tech media. I know we have a style. We’ve definitely developed a style for ourselves. We’re playful, we’re reverent if you read our newsletter, which is one of the most important guides in discovering technology on the continent. You’ll see we use memes. It’s playful, but it is also incredibly deep. It’s well researched. It’s knowledgeable. We have a whole style guide internally where we’ve defined what it is that we want to be and we want to be informed. We want people to be able to relate to us. We want to speak to a broad audience. So we speak to technology audiences who are really experienced, insiders. We also know that we speak to a much broader audience of people who may not instinctively care about technology and we’re trying to bring them in.

Our approach is a big tent; it’s going to have enough depth for the insiders to feel like these guys are telling me something, and it’s going to be friendly enough that someone who’s never cared that much about Technology still finds it approachable and worth reading. That’s a distinct style that we’ve set out for ourselves.

Do you think tech reporters in Nigeria are not doing enough deep stories exposing the underbelly of the ecosystem because it is still a growing industry?

Recently we did an editorial statement and stated our position on this. It’s a young industry. You’re right about that and I think everybody is right about that. A key statement we made is that we’re fundamentally optimistic about its ability to change the continent. So we believe that technology will be a force for good on the continent. But for it to be a force for good, it needs checks and balances. It needs rigorous critique. It needs people to hold the stakeholders accountable. And so that’s a big part of our job. We as much as anybody will shout for the successes in the industry. We will share, and we will make a lot of noise when great things happen. But definitely, a part of our job is to make sure that if we see things being done wrong we speak about it. If we see things that will affect the industry itself, customers, and other stakeholders, we report honestly and clearly on that.

Again if I go to The Information, it’s service journalism. It’s a visual application. What happens is what happened. Here’s the data. Here’s the information. Here’s who moved and then every once in a while they do a story about Fast. I don’t know if you caught the story about Fast and they put out these facts. This company is valued at $100 billion and has only made $600,000 in revenue last year. That story killed that company. And it wasn’t a sensational story. Here is a stat about how it’s doing, make your own conclusions. Everybody went and took a hard look at the company and decided actually, that’s not good and its investors had a reaction and the public and the customers had a reaction.

I think our job is to provide information, to provide data, to be rigorous in our coverage, and over time that will lead to an industry where the people doing the best work are right at the top. Where people who are doing things the right way aren’t able to hide because somebody’s doing the real reporting and is doing rigorous work on the way things operate.

Do you think tech reporting in Africa tends to focus more on a few areas like fintech at the expense of the broader segments?

You can’t cover what doesn’t exist. There’s a real challenge to that. We’d love to tell more stories about people working in robotics, or people working in space. One of the things that we say, like tell us stories of innovators, people doing just interesting things in their corners and when we find them, we tell the stories. There’s a company called Film Anatomy that is manufacturing film equipment in Lagos. We want to tell a hundred more of those stories.

But the truth is that there are few of those happening and few of them are having an impact. But you don’t want to spend the majority of your time talking about things that don’t have a real impact that doesn’t reach real people. However, you know doing stories on some small things might present the opportunity for more people to see them. And we do that. If you’re not seeing them it’s because, maybe, people aren’t sharing them as much as they are sharing the next most recent $3 billion valuations, etc. It’s part of our mission. We need to get to a point of maturity in the tech ecosystem itself in terms of the things people are building and putting money into for those things to get coverage. It’s like you can’t cover American tech without covering Tesla. 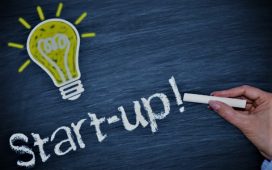