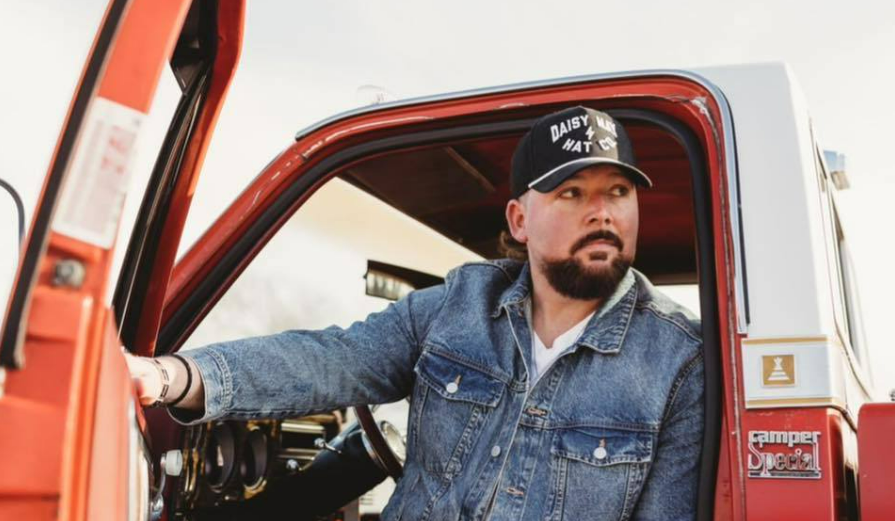 Music runs through Scotty Inman’s veins. A second-generation vocalist, Scotty’s music career has taken him around the world and allowed him the share the message of Christ on stages that many only dream of. While his nearly two decade tenure with the fan-favorite Triumphant Quartet has afforded him opportunities and accolades too numerous to count, the four-time BMI awarded singer/songwriter found himself with a considerable catalog of songs personal to him; songs about faith, family and life. These songs birthed the inspiration behind his debut solo release, Anywhere Jesus Is.

“I have been blessed to have cuts by not only Triumphant, but several other artists within the genre. However, I realized that some of the songs were messages that I needed to share myself,” shares Scotty Inman. “A solo project is the perfect opportunity to speak my heart and produce music that might not fit the mold of what I do with Triumphant, but I’m excited to branch out and let listeners get a glimpse into another side of who I am!”

Anywhere Jesus Is, produced by Josh Swift (The Isaacs, Doyle Lawson), features 10 songs all co-written by Inman including the first single, ‘Grow Up Slow.’ Listeners will love the upbeat tune of ’Saved People,’ and feel at home with the title track, ‘Anywhere Jesus Is.’ Country music fans will recognize the voice of legend John Anderson, who joins Scotty on ‘Good Enough For Me,’ and love the acoustic vibe of ‘God Made Good,’ Regardless of musical styles or preferences, there is literally something for everyone on this incredible project!

In celebration of the release of Anywhere Jesus Is, Scotty Inman has released his next single to radio, entitled ‘Saved People.’ This fun, engaging song contains a simple but poignant message: Saved people, serve people. Served people get saved. From the pen of Scotty and Jimmy Yeary, this new single will not only have listeners singing along, but serve as a daily reminder to be the hands and feet of Christ.

The liner notes of Anywhere Jesus Is contain a whos whos list of co-writers, including Jimmy Yeary, Tony Wood, Scott Krippayne, Lee Black, Nathan Woodard and others, but each song is uniquely personal to Scotty and intentional about the message he wishes to convey. Not often does a project come along with no filler songs, nothing to skip past to get to the good part. But Anywhere Jesus Is is just that.

Anywhere Jesus Is is available for purchase on all digital & streaming platforms, as well as scottyinman.com